When was Dublin Irish last spoken - and where? 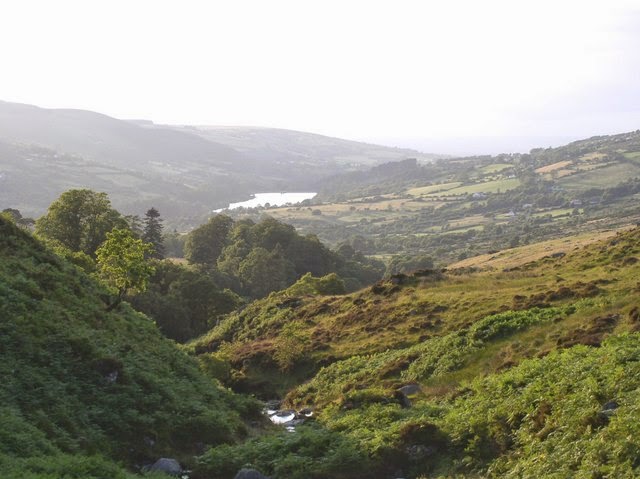 If you ask anyone the question, 'When did native Irish die out in Dublin?', the likelihood is that they will answer 'very early on' - the presumption being that, as the seat of English and British administration in Ireland, and the centre from which anglicising impulses spread out and overtook the country, the Irish language could not have survived long under such pressures, becoming the first victim of anglicisation. They would likely give answers varying wildly from 1200 to 1700. Perhaps a few might dare to guess 1800.

This is a well-founded presumption given the general trend of Irish history, but it is incorrect.

First of all, Gaelic dialects from outside Dublin have been (and continue to be) spoken in the capital without interruption. There have always been Irish-speaking incomers in the city and once English became the predominant native language there there continued to be a partially Irish-speaking working class and underclass composed of rural migrants. Indeed, during the Famine, the populations of Dublin, Belfast and Cork all actually increased - very many of these would have been Irish speakers. There almost certainly would have been small, poor Irish-speaking districts of the city well into the late nineteenth century, as people moved together to the metropolis from congested Gaelic-speaking areas throughout the country and encouraged others back home to join them.

Secondly, and more importantly for this blog, traditional local Gaelic receded far more slowly in Co. Dublin than generally realised. Anglicisation took hold most quickly along arterial transport routes, through which commerce and bureaucracy could push the English language ahead of them. But mountainous parts of south Co. Dublin remained relatively remote (and so self-sufficient) well into the twentieth century, providing conditions that helped the survival of a local Irish dialect - although it was, even in its lifetime, very difficult to find. 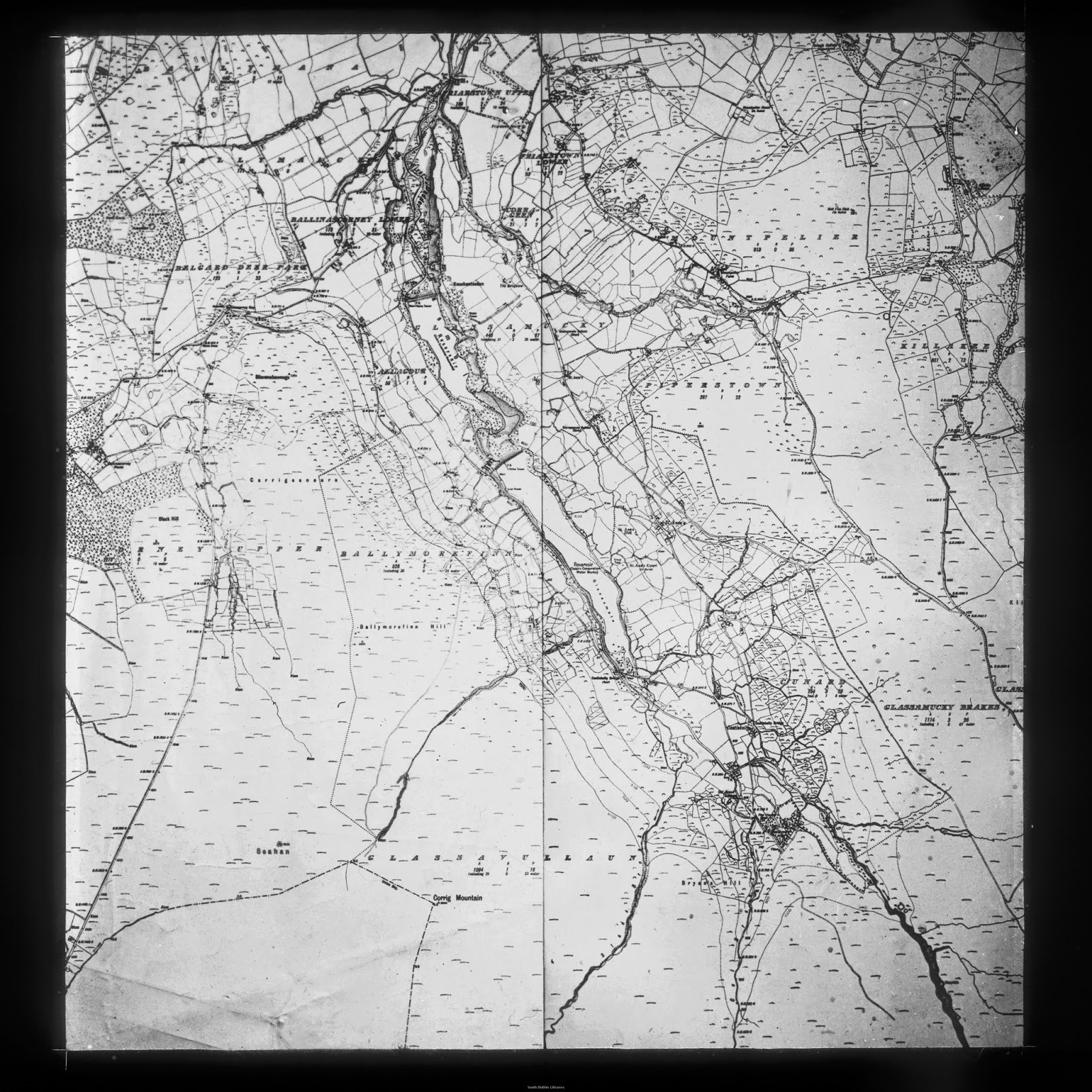 It is here - just 21km south of O'Connell Street - in the area stretching roughly from the townland of Bohernabreena (Bóthar na Bruíne) to the townland of Castlekelly (Caisleán Uí Cheallaigh) that local Gaelic certainly persisted until the 1830s, possibly as late as the 1870s, with individual native speakers still claimed to be found after 1900. These included one speaker, an elderly lady, who had - ironically - moved to town (Kimmage) by 1930 but who supposedly still spoke, with some difficulty, the Irish of her Dublin Mountains childhood.

You can read more about the Irish of Glenasmole (Gleann an Smóil), as the area is perhaps more famously known, here (p. 11 onward).

(Many thanks to Páid Ó Donnchú for supplying a linkable version of this text.) 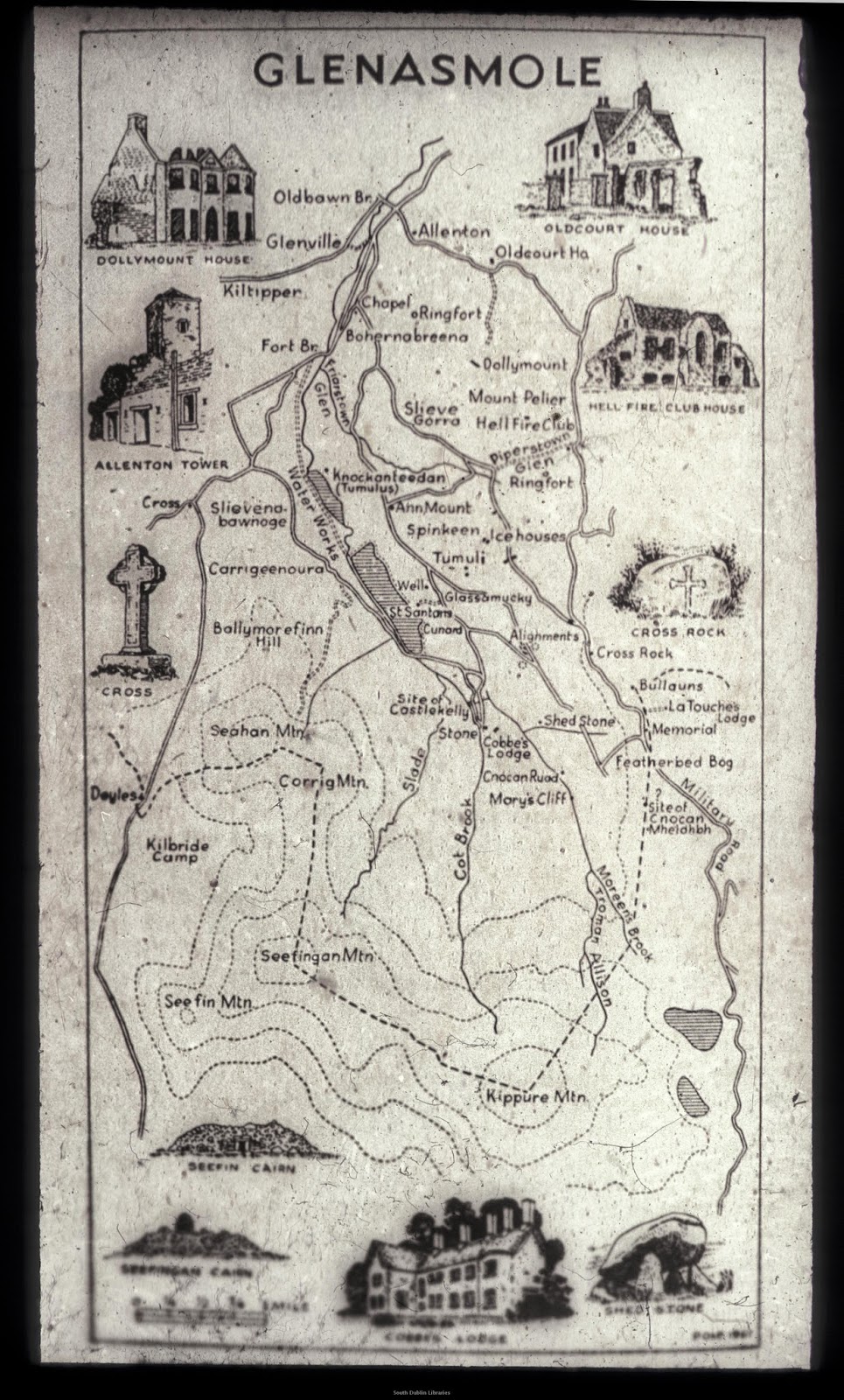 Unfortunately (as is so often the case), while the persistence of at least some Irish in and from the area was confirmed at the time, very little information on the actual characteristics of Glenasmole Gaelic has survived, although I hope to be able to return to this aspect very soon. I will also return to other reports of vestiges of native Irish popping up in long-anglicised districts.